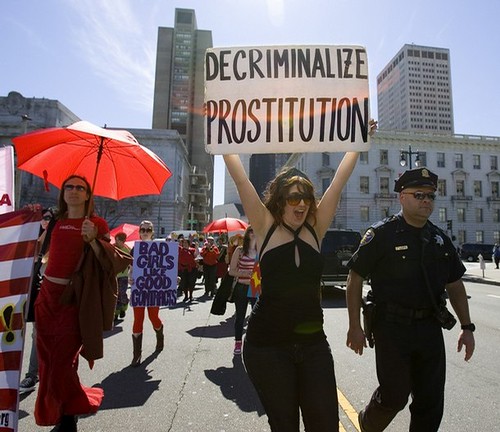 This week, the D.C. City Council will hold a public hearing on a bill that will legalize prostitution. The Bill, entitled the “Community Safety and Health Amendment Act of 2019,” is erroneously discussed in the media as an effort to “decriminalize” sex work, even though it is not.

True decriminalization of sex work would not make prostitution legal; it would simply empower victims to come forward without fear of erroneous criminalization. Decriminalization means that penalties would be lessened for the offense and law enforcement may be more inclined to use their discretion with enforcement. For example, not issuing “prostitution” citations against persons reporting victimizations.

While it is important to bring sex trafficking victims out of the shadows and empower consenting sex workers to report other forms of victimization, research suggests that legalization creates a protective veneer that would facilitate the impunity of sex traffickers.

Most police, anti-trafficking groups and advocates for sex worker rights agree that victims of sex trafficking and other forms of violence never should be criminalized. But the legalization of prostitution is not the answer; it would further complicate the problem. Instead, legislators should consider measures that expand tools for law enforcement to facilitate investigations, rescues and arrests. In addition, to protect victims, consider decriminalization, which is not the same as legalization. Decriminalization would allow police to use further discretion in enforcing the law and/or lessen penalties for truly consensual exchanges between adults.

Ultimately, the interests of consenting sex workers and victims of trafficking are not mutually exclusive and shouldn’t be treated as such. All women engaged in the commercial sex industry should feel empowered to come forward for help, without fear of criminalization. But law enforcement also must be empowered to catalyze rescues of women who are forced, defrauded, coerced or deceived into commercial sexual exploitation.